Attention, potential champions: G-Boobie here. I’ve been away a while. It’s your fault.

I’m serious. You might have started laughing, and saying to yourself or the guy sitting next to you on the bus, “that G-Boobie! What a card! His wacky antics are always fun and satisfying!” You can stop that right now. You are bad people, and you know it. Think about what you’ve done.

OK? OK. Don’t do it again, or so help me, you get the fist. I mean it, too. Let’s just accept that you’ve failed because I have happier news and quite frankly I don’t really want all the gifts you keep sending. I hate dark chocolate, and none of the flowers and velvet boxer briefs are quite the right color. Do better.

So UFGT is coming again! That’s good news, right? This year our favorite major is Friday May 25th through Sunday May 27th. We’d sure love it if you came along. You can find the official thread in the GRAPSF forum, and if you’re so excited that you just can’t contain yourself and need to register RIGHT FUCKING NOW, you can do so at the official UFGT website found here at this link. There’s a discount for registering early, so make your arrangements soon.

There are currently several of your favorite local players registered and ready to go, so hit up the forum and make it happen. Hope to see you around.

I mean it. That’s a threat.

We’ll be posting the full brackets for the first Michigan Power Glove Tournament very soon, but before that, I’d like to thank a few very specific people for their contributions to making the organizational side a success:

Aaron “CommanderofYomi” Frankhouse, that wildest of Tagers, for being an awesome partner and holding it down in BlazBlue;

Eric “LazarusReturns” Frankhouse for sparking this whole thing in the first place, for excellent beer, and for tiny plastic Blanka;

James “Yojimbo” Harris, for being the workhorse of MPGT and representing Jax all the way to third place;

Ian “Epic Vandal” White, for holding down the brackets, the dopest hipster sandwich ever, and being an all around great guy;

Matt “Slappy” Meade, founder and High Grand Poobah of GRAPSF.com for making the stream a reality and lending his support;

The first Michigan Power Glove Tournament is brought to us by the gentlemen at Grand Rapids Street Fighter and Gamerati.com. Short notice, but what the Hell: lets make it the best we possibly can. (Discuss)

Please stop by and view Gamerati’s website and tour updates.

(Directions and map below)

Side Tournaments?
There is already talk of Tekken

All games will be ran on XBOX360

* Double Elimination
* Winners must keep character, losers can switch
* May counter pick ultras between matches
* Winners keep same team in Marvel, losers may switch
* No DLC characters in MK
* Show up for your match in a timely fashion
* No Pausing/Turbo/Hacks/Macros
* No Misconduct (Taken from Evo rules: excessive bad sportsmanship or trash-talking, racial slurs, theft, hitting, spitting, stalling, throwing or slamming sticks/monitors/setups, causing a disruption which delays the tournament etc.)

I don’t know what that title I just typed means. It’s OK, though: I’m sure it’s just trying to comfort you, and calm your troubled soul, because you were worried that you might have missed the latest installment of the GRAPSF.com ranbat season 3. Be calm, my child! For the next installment has not yet come upon us. No: it is THIS SATURDAY.

Saturday, April 23rd, 2011, at Skynet gaming. The current standings are in the Ranbat Season 3 link on the toolbar to your right. The MEGA THREAD that has all the rules and shit talk is in the forum. And there’s a thread on SRK as well, which you can find here.

Hope to see you there! If you have any questions or concerns, PM me here or on SRK.

Despite confusion over who is doing what, where is doing when, and what the fuck is going on, GRAPSF.com is pleased to announce that Ranbats Season 3 begins next week! Our motto: we’re going to be confused anyway, so fuck it just do something. It’s served us well so far.

Season 3 begins on April 9th, a Saturday, at eight PM, and will run every other Saturday. This is so anyone who wants to participate with AaronS’s Ann Arbor Ranbats can do so, as they’re running on the Saturdays we’re not. I TOLD you that was going to happen, Chauncy. LoL and SCII my asshole. The season will run for eight installments.

Marvel vs Capcom 3 and Super Street Fighter IV are the games, and will run in that order. Check the thread in the forums (that’s a link, folks) for the rules, and check the “Ranbat” link on the main page tool bar to keep up with who’s got what points.

Hope to see you there! 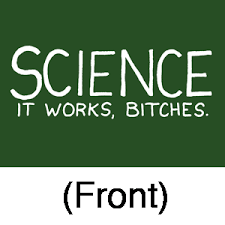 You may or not be aware of this, but Slappy is some kind of mad, soul huffing pimp. He’s also enabled Tapatalk on GRAPSF.com, which makes keeping up with the rest of us morons while on the go much, MUCH easier. SCIENCE!

END_OF_DOCUMENT_TOKEN_TO_BE_REPLACED

Fellow GRAPSF members. It’s time for us to yet again march side by side into that great fight and take our places as the champions we know we are. Alternately, we could stumble into the darkness weeping in shame, but hey: we’ll do it as a team.

I’m speaking of Midwest Championships, of course. This is the midwest’s very own major tourney, and considering the successes we’ve enjoyed both as a community and as individuals in other tournaments, we owe it to ourselves to go. Two days of fighting game fun, surrounded by fellow enthusiasts, buoyed by energy drinks and shitty buffet food… It’s like heaven, if heaven smelled like a gym locker and didn’t let girls in. How can it go wrong?

The official thread on SRK is located here.

The event will be held on May 8th and 9th, which are Saturday and Sunday respectively. Hotel rooms are seventy dollars a night, which split between two people (or more, if you’re feeling saucy) is downright affordable. In the GRAPSF.com forums, you’ll find a thread in which plotting, wheeling, and dealing for the event may proceed: you have two whole months in which to prepare. Get hype, Pringles, Scoops, Blast, and all that malarkey.

In other news, Super Street Fighter IV has been confirmed at the long-rumored forty dollar U.S. price point on it’s release date of April 27th. Be aware that the game will actually be available for purchase on Wednesday April 28th, as the 27th is simply the date it ships. Unless, of course, you pre-order at the Gamestop on Wilson by Rivertown Mall, which is holding a midnight release event. Be sure to pre-order from SmurfTac0s, one of our finest digital pugilists and manager of said store, to ensure that you get a head start. That few hours may be important, as we’re holding a GRAPSF.com event on April 28th to celebrate. Details as they develop.

We have only ourselves to blame for this misappropriation of time and money, though. We’ll buy any goddamn thing with Street Fighter in it. There were five official Street Fighter II games, five official Alpha entries, three Street Fighter III installments, and somehow there is more than one Street Fighter EX game out there. How many versions do we need? Why did I buy “Fighting Street” on Virtual Console instead of something with actual value? Because Capcom knew I would. Game developers are, after all, inherently lazy. They only work when they have to. Instead of doing something useful, productive, and HARD, like porting TvC to a real console or getting started on that HD Darkstalkers game, they can quickly shit out a terrible, inferior port of their latest opus and make a quick buck. Shame on you, Capcom. I almost canceled my two pre-orders for SSFIV, threw out the Udon artbook and t-shirts I just bought, and melted my Blanka action figure with a lighter when I read about this iPhone business, but  I was already sitting on my couch eating potato chips trying to relax. You got LUCKY, Capcom.

In other news, Brian Crescente of Kotaku received a package from Capcom the other day containing a single blue boxing glove clutching a rose. Not a very subtle hint. In fact, it doesn’t even qualify as a hint, because they didn’t try very hard to  conceal their intentions. If PR stunts can be compared to clever innuendo and flirting, then Capcom just pulled their dick out and offered to let us suck it. Which I would do, by the way. I bought Fighting Street on Virtual Console, after all. Motherfuckers.

You can rest easy, good folk: Super Street Fighter IV is almost upon us. After moving the title back from it’s original release date of mid March into a nebulous “2011 fiscal year”, Capcom has finally announced April 27th as the firm release date for the next installment of everyone’s favorite digital pugilism simulator.

In other news, Tatsunoko Vs. Capcom releases this week, and I just happen to own two Wii arcade sticks. Coincidence?

Look forward to TvC casuals this Saturday at ULX: where the eyeliner and teenage angst rolls hard.

The Ranbat season is almost over folks, and despite appearances, I HAVE been keeping track of who got what when. Updates have been long delayed, mostly due to work and holiday commitments, but fret not: The results for the December 5th meet up and the December 19th meet up are listed below.

Results for the entire season are now updated in the appropriate section, conveniently located to your right. Slappy is still the leader, but Hotsauce is very close behind him, followed by the ever incredible Smurftac0s.